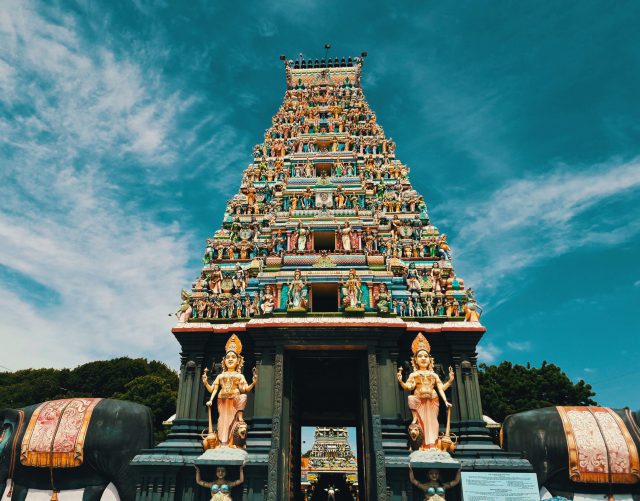 Confused about the common etiquettes in temples while visiting India from the USA? Read on to know more the temple etiquettes in India. Temples are those edifices wherein religious or spiritual activities take place. For some, temples are where they find comfort and for the others, it is a place of enigmatic beauty. India, a land known for its diverse cultures and religions if full of Hindu temples. It is because Hindu mythology mentions many Gods and people in India place much belief in them. It is not untrue when people say that you find peace in India. It is all because of the presence of such beautiful temples that you cannot help but find contentment and happiness.

From the Somnath temple in Gujarat to the Jagannath temple in Puri, from the Kedarnath Temple in Uttrakhand to the Vaishno Devi Mandir in Kashmir, each one has its own essence. But when you explore India for the purpose of seeing those temples, you will have to follow some common customs or etiquettes because Indian temples have been respected since its origin.

Here’s the list of 10 general customs and etiquettes one should know about Hindu temples in India:

Keep Shoes or Footwear Outside the Temple 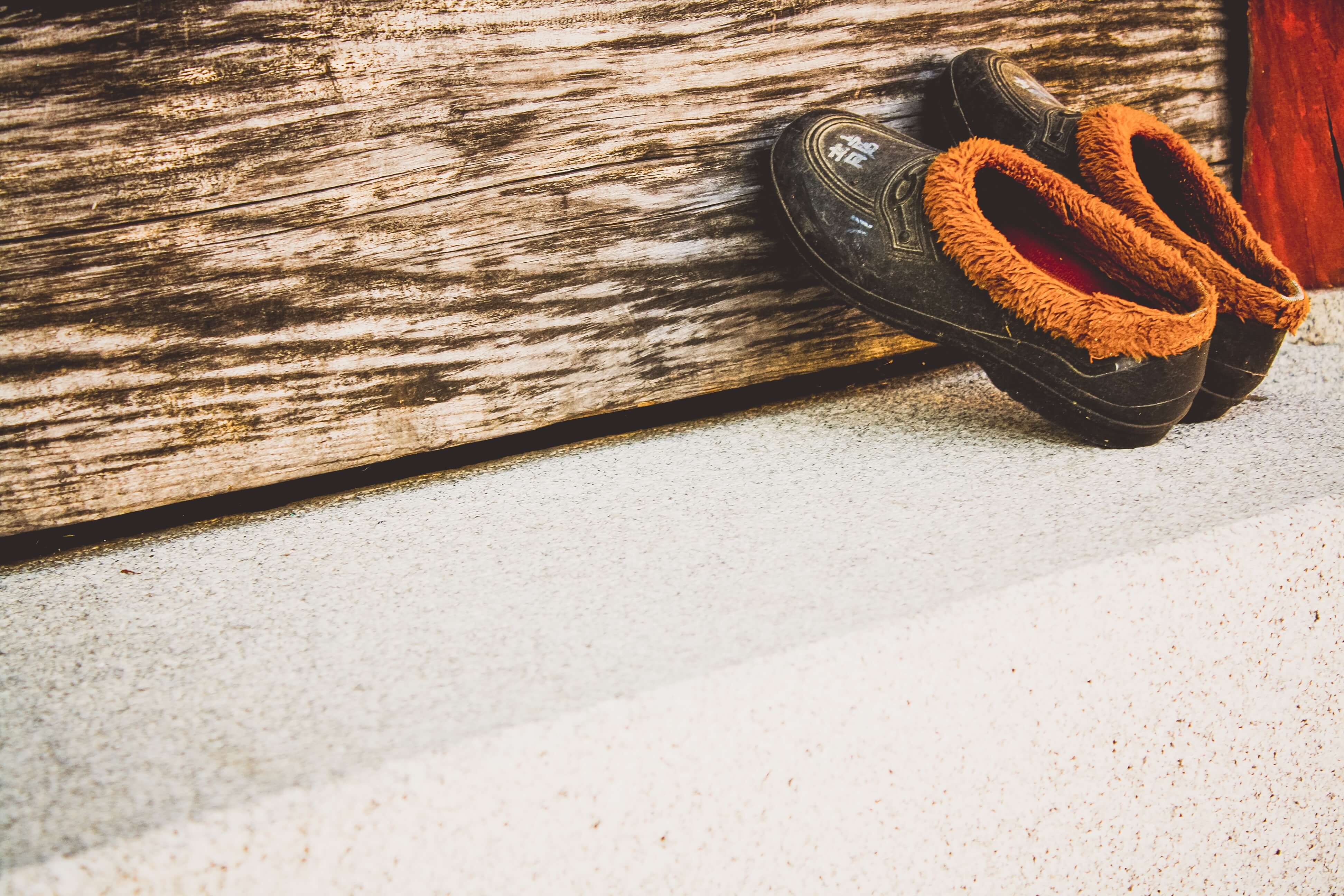 A very basic norm that is followed in all Hindu temples is not allowing any kind of footwear inside the temple’s premise. It might sound strange but according to the Vedas removal of footwear is the signification of keeping aside all materialistic thoughts and desires from the mind. In the properly maintained temples, you will find stalls and racks to keep your footwear safe. Sometimes, some flower or fruit sellers also allow visitors to open their shoes in their shops for a small amount of money. 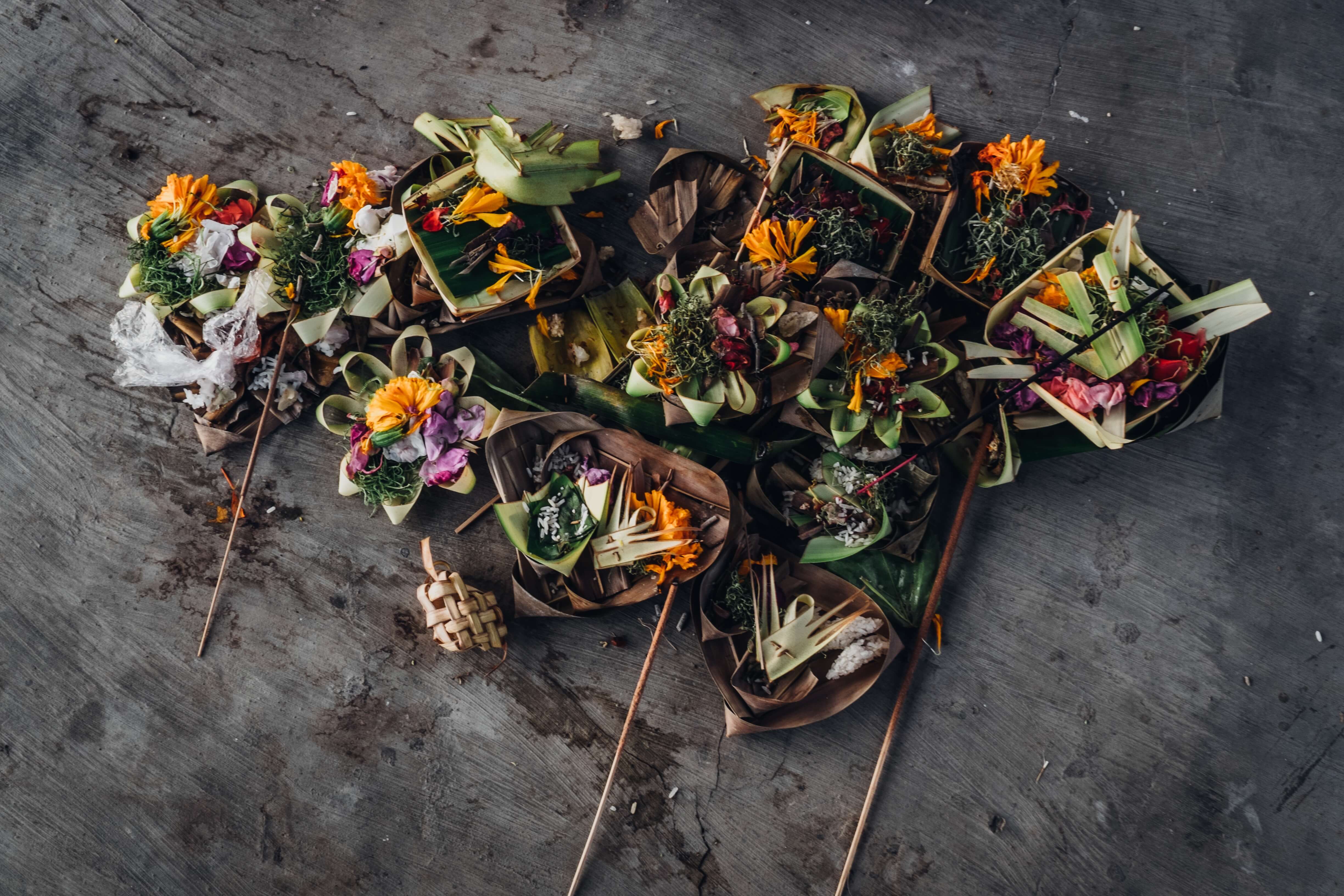 People in India believe that Gods should be offered something or the other while praying. It has thereby become a custom to take either a fruit or some flowers or even a teeka (a kind of red powder including vermillion) for offering it to the deity of the temple. Goddesses are generally offered red flowers in most parts of the country and Gods such as Lord Shiva is known to have a liking for sandalwood paste. Some part of it is taken back as a blessing from the Lord which Indians refer to as prasad. 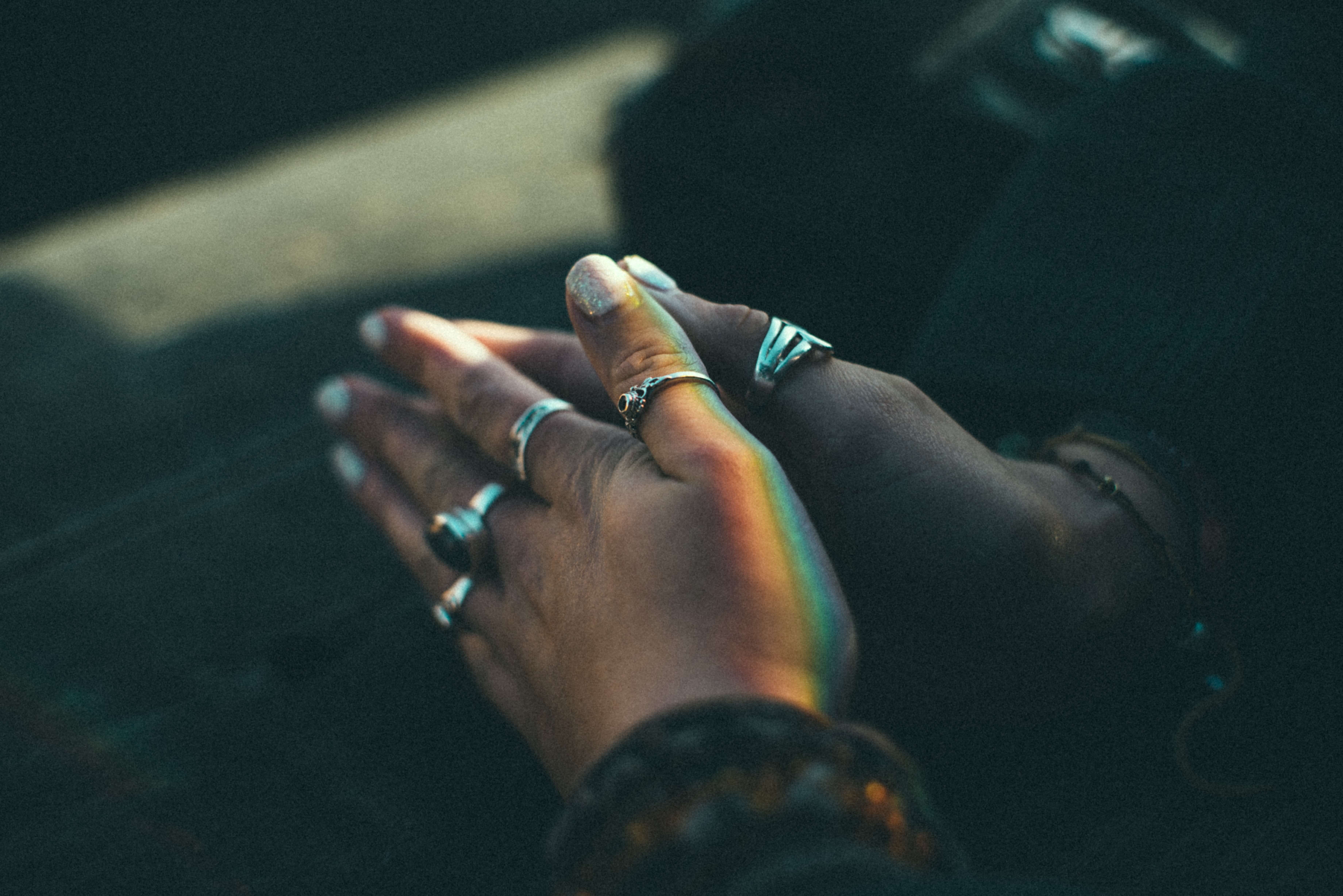 Another custom that is being followed in Indian temples since time immemorial is joining of both the hands during the prayer in a temple. Yes, that is the reason you saw your favorite Bollywood celebrity doing so in a movie. It is said that folding hands in a manner so as to make sure that the ends of the fingers meet stimulates particular pressure points of the body thereby, pouring out positive energy around you. 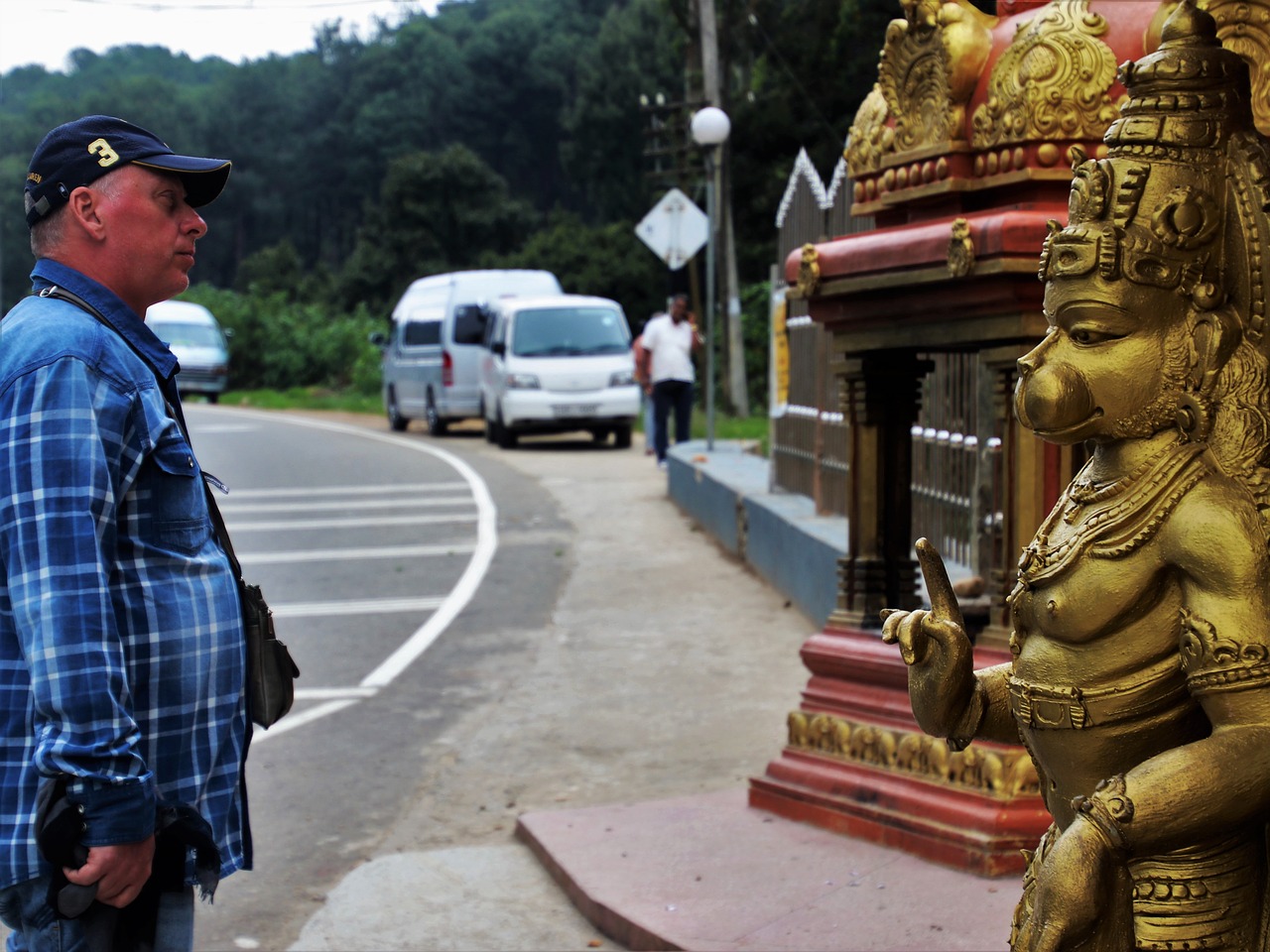 It is nowhere written but people prefer wearing decent clothes while visiting a Hindu temple. In some places such as the famous Tirupati temple in the state of Andhra Pradesh, there is a stringent dress code which has to be followed. Most of the temples in Kerala require men to enter the premises only with a bare chest whereas some other temples entail women to cover their heads before offering prayers to God. For outsiders, it might be surprising but Indians have adopted these requirements as traditions and follow them sincerely. 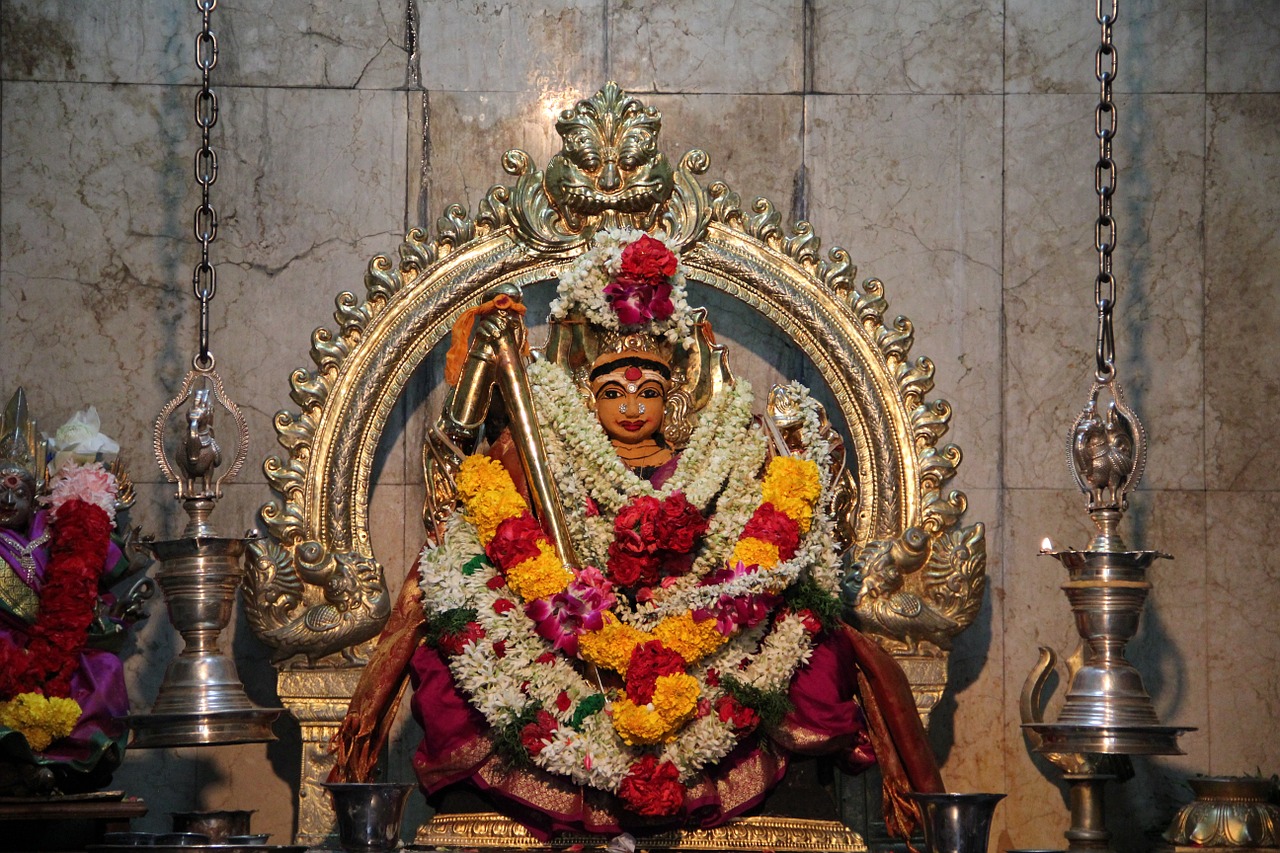 Apart from the dress code, different Indian temples have their own set of customs and etiquettes too. For instance, you will not be allowed to touch the deity’s idol in many temples. Also, some others might ask you to take a bath in the pond located within the temple boundaries itself. You are supposed to follow the instructions of the temple priest so as not to make any mistakes.

Another etiquette followed in Indian temples is the making of (three to five) circles around the idol of the God commonly called Parikrama. People recite hymns or chants related to that particular God while continuing their parikrama and believe that while doing so they bind their energy with that of God making them feel relaxed and peaceful.

It is generally considered apt to visit a Hindu temple without eating any grains or empty stomach. It is so as to begin your day with the name of Gods without allowing any other material to come in the way of harnessing positive energy. Once the prayer is done, almost all the temple priests provide the worshipper with prasad (God’s food) so that his stomach is put to rest.

Structures in a temple:

You may have noticed that there are several structures within the area of a temple. Each structure has its own importance and temple priests will let you know how to treat them all. One such structure prevalent in most temples is the Tulsi chaura, a small cemented construction with Tulsi or Basil leaves in the middle of it which is considered pious by Hindus. Devotees are supposed to pour some water in it before proceeding to the main temple.

Utensils to be used in Indian Temple 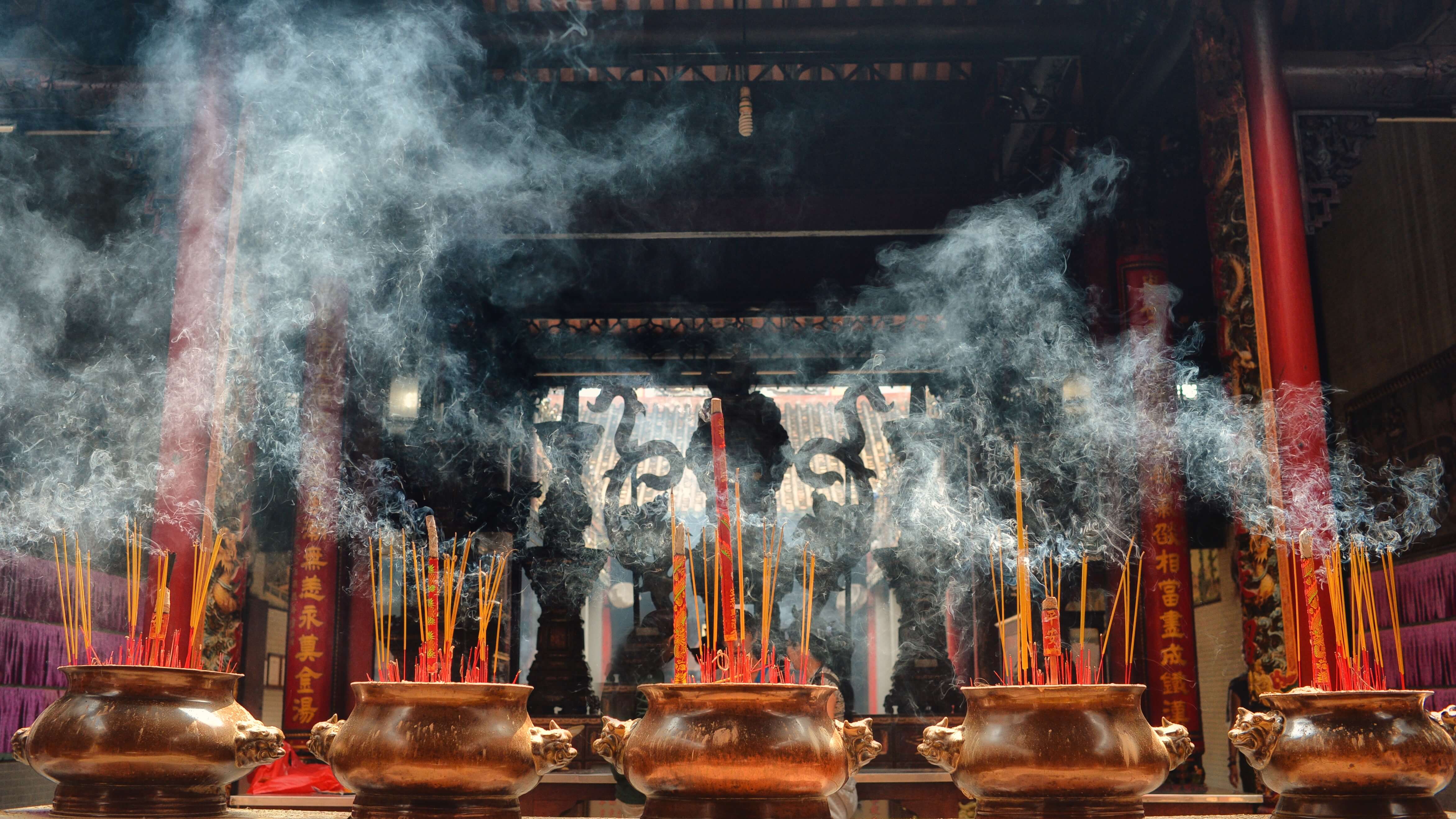 If you are a newbie in India, roaming around in search of pretty temples, use only copper or bronze utensils inside a temple for pouring water or milk on the Gods or Goddesses. This is because Hindus consider only those metals pure enough to be brought near their deities. Faith is above everything else in India and it is thereby advised not to go against the set norms of religion while in the country.

Timings of the Temple

Each and every temple has its own fixed periods of visiting during the day. It is because the temples are cleaned from time to time. Also, the idols are washed and properly decorated. When you visit India, you will be amused to know that even though India is home to more than two million Hindu temples, most of them have an unpolluted and hygienic surrounding. All of these involves time and hence, the crowd cannot be allowed to enter the temple during those hours. Also, darshan (view of the idol) timings differ from the Aarti (prayer by the priests) timings in most of the Hindu temples like in the Somnath temple of Gujarat, you can witness Aarti only at 8.00 a.m. in the morning, at 12 in the afternoon and at 7.00 p.m. in the night.

To conclude, it can be said that people being social animals create some rules of etiquette to survive comfortably in society. Such rules are neither enforced by the State nor governed by any law but people tend to follow it as it makes cooperation among various individuals possible.

Similar is the situation when it comes to religion and its related etiquettes. Religion is sacred to all and no one wants to harm the feelings of another by disobeying the rules of his religion. The Constitution of India clearly mentions that India is a secular nation wherein the country has no religion of its own but has a sense of compassion for all religions. Temples in India are permitted to create and build their own rules of behavior and everyone is expected to respect those. It might not appear appealing to all as different customs or usages confuse people but history has evidence to prove that by following the right manners or ways, one can actually feel the flow of divine energy passing through them hence, enlightening them for life.

Eager to visit Indian temples? Then, book cheap flights to India and take a visit to the cultural and sacred epitomes in India.