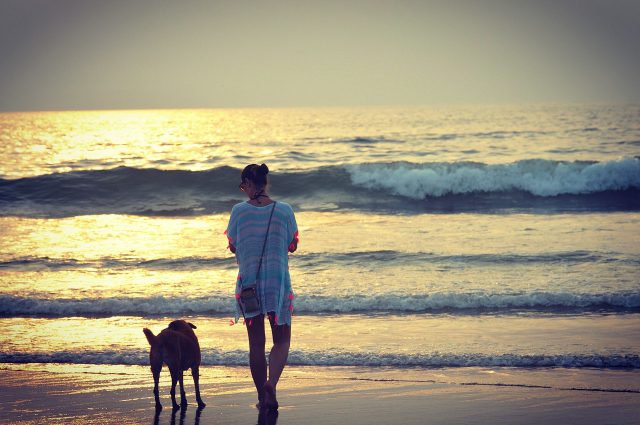 India has a vast and diverse culture. It displays a mixed, heterogeneous population, with people hailing from all kinds of backgrounds and professing different kinds of religions. Unlike some states where followers of only one God or religion live, India is a secular state in the true sense. Coming down to its beauty, both on a geographical and economic scale, one can come across extremes on both sides of these parameters. India abounds with hill stations as well as boasts of a scorching desert, it is house to a whole lot of slum areas and on the other hand, you’ll also find some of the best metropolitan cities in India which are highly developed on the lines of the western cities.

Today, we’ll tell you about some of the best places to visit in India, with our special emphasis being on West India. This is because unlike North India, West India has not been covered very widely although it has some great places you must visit.

Goa – Goa can easily be called the party capital of India. It is definitely one of the most favorite tourist spots for the people of India as it can easily be said to be housing some of the most beautiful beaches in India and the cleanest too. The best way to visit Goa is going there with a bunch of friends, rent a few scooters and zoom through the entire place. There is a large number of bike renting facilities available here at cheap rates and it’s advisable that if you have an Indian friend, let him be the face of your adventure because it is commonplace for vendors to charge foreigners heavily for almost everything. Baga and Calangute are definitely the most famous beaches in Goa. However, Colva beach is not far behind either. The best time to visit Goa would be Christmas, as the majority population in Goa is Christian and celebrates Christmas with utmost pomp and show and there’s a roaring crowd to celebrate Christmas on the Calangute beach. Beaches in Goa offer water sports like paragliding and jet skiing and once you’re done having the hang of the Goan beaches, get wasted in the cozy shacks lined up by the beaches. Apart from the beaches, you can also visit the Dudhsagar Falls, the UNESCO listed Basilica of Bom Jesus and the Aguada Fort.

Udaipur – As much as we’d love to suggest you take out some time and plan an entire tour to explore the State of Rajasthan, we understand that you want to make the best out of your tour and give the other states some chance too. Meanwhile, talking about Rajasthan, you must make it a point to visit Udaipur. It’s like no other place in the entire country. It is called the ‘city of lakes’ for a reason because the place boasts of a vast number of breathtakingly beautiful lakes. Besides the lakes themselves, you’ll come across various exquisite gardens and huge palaces and forts. One of the major attractions in Udaipur is definitely the lake palace which is made entirely out of marble and situated right in the middle of a lake. It is for these reasons that some also refer to Udaipur as the Venice of India as you’ll come across entire localities situated by the lakes. The entire place has a royal look such that even if you visit the hotels and restaurants in this place, they look no less than palaces themselves.

Statue of Unity, Gujarat – Very recently, India marked for itself a significant spot on the world map of tourism by erecting the tallest statue in the world in the state of Gujarat. The Statue of Unity is a remarkable piece of engineering, which celebrates the great leader Sardar Vallabhbhai Patel, the Iron Man of India, who was instrumental in the creation of the very map of India. It was through his efforts that several princely states and kingdoms were integrated into the newly formed state that India was after independence. The statue is 182 meters tall and is almost double the height of the Statue of Liberty of the US. The Statue of Unity is a gigantic piece of engineering, built out of scrap metal collected from all parts of the country, symbolizing the ‘Iron’ that the man was. The Statue of Unity towers over the nearby Narmada Dam in the Shoolpaneshwar wildlife sanctuary in Gujarat and is connected to a museum, an audio-visual gallery as a three-star hotel where you can end your visit to the Statue of Unity. There is also a laser light and sound show detailing the efforts of the Sardar.

Daman and Diu – Daman and Diu constitute one of the union territories of India. Although lesser explored when compared to Goa, Daman is another party place situated on the west coast of India and it’s the perfect blend of Portuguese and Indian cultures. Two of the most popular beaches include Devka and Jampore. Diu, on the other hand, is a small island with a big heart, allowing tourists to explore a very different kind of ecosystem when compared to the mainland. As it was a Portuguese colony for a very long time, the European culture and architecture to find a place here.

Dwarka – Your trip to India is not complete if you didn’t plunge into the spirit of India which can only be explored by properly understanding the traditions of its people. And what better place would you be able to do it in West India if not for the place of the very Lord Krishna? Dwarka is one of the four dhams, i.e. sacred Hindu pilgrimage sites in India. You must become one with the people in taking a dive into the river Gomti on the bank of which the town is situated. Praying with the rest of them won’t hurt you either and will definitely be a unique, spirit-uplifting experience you’d never have had before.

Lonavla – We talked about desert lands, religious sites, beaches and islands. It’s time to put an end to our conversation with one of the most famous hill station in India – Lonavla. Situate in the state of Lonavla, it’s house to some great destinations. Some of the most attractive tourist destinations are the Bhushi Dam, the Lion’s Point (an echo point), the Rajmachi Fort (which also makes for one of the best treks in India), Pavana dam and the wax museum. If you want to end up your tour with some adventure, Lonavla is the place for you for it is house to Della Adventure, which is considered to be one of the few and definitely the largest adventure park in India with about 70 adventurous activities you can take part in. Additionally, you can also visit Adlabs Imagica, a fun park which is at some distance from Lonavla but is very easily accessible. While roaming around in Lonavla, you must make sure you bag in some Chikkis (a delectable dessert ordinarily made out of jaggery and peanuts) as Lonavla has got some of the best of them. Besides, you can try the famous corn bhaji and pudina chatni which is the much beloved local street-food of Lovanla.