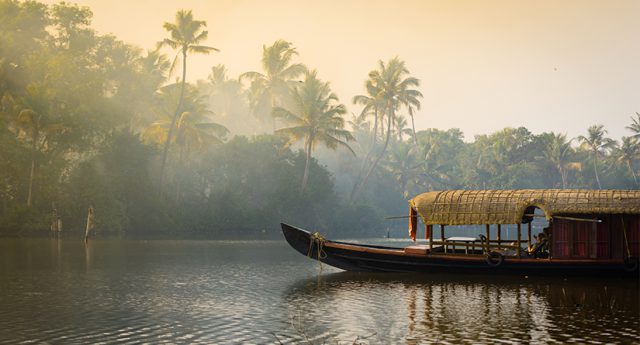 Kerala: The Heaven on Earth

Kerala is called the Pearl of the Arabian Sea. The state is one of the most beautiful pieces of land in the world. The state is blessed with picturesque mountains and landscapes, forests, pasture valley’s, thick rain forests and so on. Kerala attracts one of the largest numbers of tourists in the country. People come to Kerala to experience the beautiful traditions, culture, dance, arts, philosophies and most importantly the food. Unlike other tourist destinations, Kerala does not have off-seasons, hence any time is the best time to visit Kerala.

Kerala is synonymous with delicious food. Some of the must-see locations in Kerala include places like:

Alappuzha is called the Venice of the east. Alappuzha is home to large houseboats made of bamboo and other organic materials. Alappuzha boats have lavish rooms that allow travelers to stay in the boat all night. Alappuzha is one of the most visited tourist places in Kerala, India for its picturesque beauty. Alappuzha is world famous for its backwaters. These houseboats have kitchens that provide spicy Kerala fish dishes. These dishes are usually eaten with rice. Nadan karimeen fry, made from freshly caught karimeen from the backwaters is a delicacy that stays in the heart of visitors who have visited the Venice of the east.

Alappuzha is known for its pristinely kept water canals and water bodies, traveling these canals and water bodies with the help of houseboats will give you a glimpse of the daily life of the local people in Alappuzha. Alappuzha has been constantly ranked as one of the must see places in India by various travel bloggers. The food, by the way, is very delicious, most of the dishes served in the district are spicy, fresh and mouthwatering. A must try if you are in Ala. The fish dishes in Alappuzha is world famous for its quality and freshness as most of them are just caught from the sea or the backwaters. Alappuzha is undoubtedly one of the most beautiful places to visit in Kerala.

How to reach Alappuzha

Take a flight to Cochin International Airport, from the airport travel to Alappuzha. Once in Alappuzha, you could check into a good hotel. You could talk about arranging an Alappuzha boat ride with the receptionist on the date and day of your convenience. The experience that you enjoy by traveling in these backwaters will help you relax and bring calmness into your mind and body. 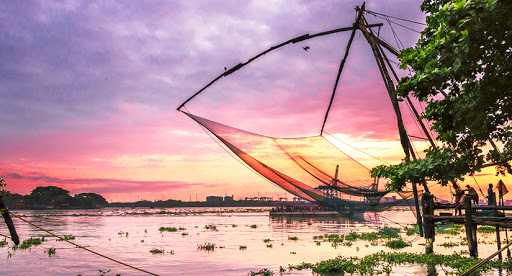 Kochi is the industrial capital of Kerala. Kochi is not a place but an emotion for its residence. Kochi is famous for its sprawling little forest called the Mangalavanam Bird Sanctuary. Kochi unlike other metro’s in India is not overcrowded in any way, there is plenty of space and openness throughout the city. Kochi is home to one of the largest cricket stadiums in India. The Stadium attracts large crowds of people for both cricket and football matches. The city has one of India’s largest malls, the Lulu Mall, a must-see attraction if you are in Kochi.

Fort Kochi has been attracting both domestic and international tourists for a very long period of time. Fort Kochi is home to a large number of antique shops, tourists usually browse through these shops and buy things that they find unique and cheap. Fort Kochi is filled with stone paved roads, delicious eateries, and the beautiful sea. Kochi Muziris Biennale is another attraction that attracts foreigners from across the world. The old Portuguese styled architecture buildings along with the stone paved narrow shopping lines in Fort Kochi gives it a beautiful touch. The Chinese fishing nets of Fort Kochi, that withstood the test of time is another crowd puller while traveling through Kochi.

Some of the must see attractions in Fort Kochi include places like the Mattancherry Palace, Cherai Beach, Hill Palace Museum, Willingdon Island and so on. Kochi has a high literacy rate, hence communication in English will not be a problem.

Thekkady is a very well known travel location in Kerala. Thekkady is famous for its Periyar National Park, the thick rain forest is home to Kerala Tigers. Thekkady rainforest with its beautiful water body is home to many water sporting activities and boat riding options to experience the beauty of the forest in itself. If you are lucky you will certainly see tigers, leopards, dears and most importantly wild elephants grazing through the forest. There are many resorts near the forest that provide some of the best views available for the park. Thekkady has been developed to facilitate the demand of the locals but now the foreigners are catching up. Foreigners can travel and stay in this beautiful place without being ripped off. There is abundant connectivity from Kochi to Thekkady hence traveling to and from Thekkady to Kochi the financial and industrial center of Kerala will not be an issue. 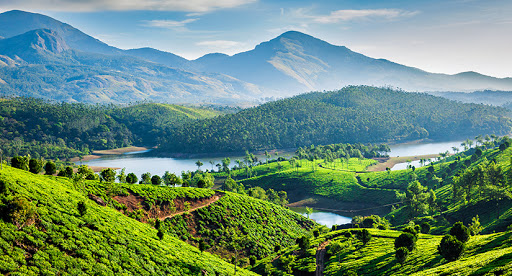 Munnar is easily one of the most visited places in Kerala, loved equally by both locals and tourists alike. Munnar is world renowned for its beautiful tea estates, picturesque landscapes, and cold climate. The cold breeze that blows through the hill station can easily make a person refresh his mind and body. Munnar has been attracting international tourists for a very long time. Most of these tourists like to take a ride to Munnar from Kochi with a Royal Enfield. The travel to Munnar is fun as well. The hill station is known for its fresh air and farm fresh produce and so on. The infrastructure available for people who wish to stay in the hill station is in abundance. You could pick and choose the variety of options available that suits your requirement.

How to reach Munnar

You could travel to Munnar by landing at Cochin International Airport and by taking a taxi from the airport to Munnar. Alternatively, you could stay in one of the hotels in Kochi and inquire about the availability of Royal Enfield Bikes and take a ride to Munnar. Locals are very friendly and they will help you on the way. Google maps are extremely useful as well.

Thiruvananthapuram was the capital of the Travancore dynasty which ruled a major portion of Kerala. These royals are still revered by the people of the city. The capital city is famous for its beautiful culture. The city has so many beautiful beaches that attract a large number of tourists from across the world. Kovalam, Varkala, Poovar are some of the most famous beaches in Thiruvananthapuram. The city is the second biggest city in Kerala. Thiruvananthapuram has its own international airport called the Trivandrum International Airport, that serves not just the city of Thiruvananthapuram but the adjacent districts as well. The city will make every traveler spellbound by the charisma and the ora that the city emits. Probably the reason why people who visited Trivandrum wants to revisit the city again and again. Cheap airtickets are available for people who wants to travel to Kerala.

Kerala is called God’s Own Country for its beauty. Nature has blessed the people of Kerala with abundant flora and fauna. Kerala has been one of the most visited tourist locations across the world. Kerala tradition is both unique and complex, something that is exotic and exquisite at the same time. The Queen of the Arabian sea is indeed one of the most beautiful pieces of land in the world. Almost all major economy airlines have flights to Kerala airports making traveling a cheaper endeavor. Many airlines offer last minute flight deals to and from Kerala due to the high frequency of to and from travelers. Kerala is indeed the best place to relax and enjoy life without burning your pocket. 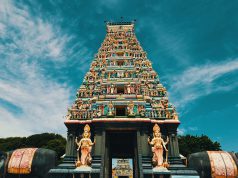