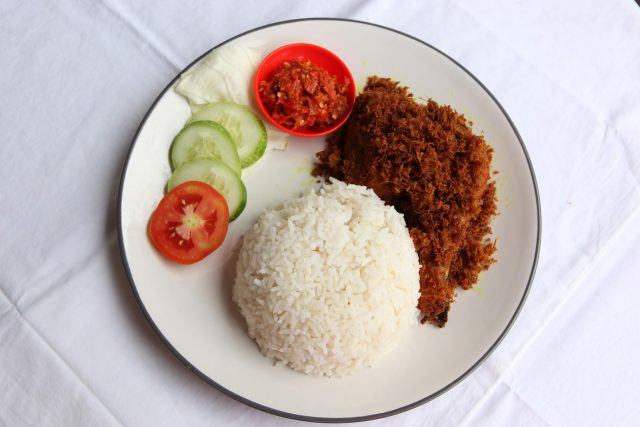 Indian cuisine is one of the most celebrated cuisines around the world. They are characterized by different blends of flavors and ingredients. Indian cuisine has a tradition of more than 5000 years. If Indian cuisine and food habits are of your interest, you might want to read more.

India is known for spicy food, around the world. It is no joke that Indians love spices and flavors.  It’s not just the chilies that make Indian foods spicy, but the combination of all other spices including pepper, cumin, turmeric, ginger, garlic, cardamom, fenugreek and what not! While making the food spicy, they also add incredible flavors, vivid colors, and aroma to Indian cuisine. Besides, these spices do have enormous medicinal and healing properties when used in the right way. ! Even though each district in every 28 states might have its own authentic food recipes, one thing in common would be that Indian dishes will be flavourful.

Indian curries are made by deep boiling vegetables or meat in water, spices, and oil.

There are different ways of cooking it. Also, different combinations of spices are added in varied measurements while cooking. Even though that explains the differences in flavors in Indian cuisine it might be an exotic culinary experience for international travelers.

Indian bread like chapatti, roti and naan are entirely different from western bread in color, texture, and look and needless to say, taste. You can definitely buy normal bread from the markets easily. But Indian bread is commonly made in the households from wheat doughs on pans or fire. It is a commonly consumed food.

Indian foods are rich in calories. It is because of an extensive consumption of oil and oil products in Indian foods. Oils refined from vegetables, coconut, Dalda or ghee is abundant in Indian cuisine. It adds taste to the recipe as well as food can be preserved for a longer time. But, a widely adopted common practice both in Indian households as well as commercial establishments is the recooking of food in the already used oil multiple times, especially for deep- frying purposes. This is unhealthy as it could be carcinogenic (cancer causing).

Sweets! Those tasty treats which we crave for! India is the land of not only spices but also sweets. There are hundreds of different varieties available everywhere. It is not even an exaggeration. There are unique sweets which are really yummy in different colors, shapes, aroma and tastes with special ingredients in Indian cuisine. The good thing about Indian sweets is that they are not overpriced and you can definitely try them. But be aware that most of the Indian sweets are made in ghee which is a dairy product. If you are allergic to milk and by-products of milk please choose carefully.

Are you a gluten-free person? Well, India is a gluten loving country.

In India, bread-like chapatti made from wheat and rice are the staple foods consumed widely. It is an inevitable part of Indian cuisine. Even though the millennial generation is gaining more awareness about gluten-free diets, in the restaurant menus and food courts, it is not yet reflective. Hence, expecting substitute options for the readily available gluten filled choices for your meals can be challenging if you are a gluten hater.

You will come across the term ‘vegetarian’ a lot in India. Ever wondered what that is?

Well, vegetarian is the commonly used term in India for being a ‘vegan’. Indians do take vegetarianism seriously as for sometimes more than a derived personal choice; it is an integral part of practicing some of the holy religions like Jainism, Buddhism and also certain strata of Hinduism. Indian cuisine includes a wide variety of vegan recipes. Hence, if you are a meat lover, do not accidentally walk in to ‘Pure- Veg- Restaurants’ and wonder what has gone wrong. Also, if your Indian acquaintance has mentioned the term vegetarian while casually speaking about meal choices, it is wise not to offer them a kebab roll or a chicken burger.

Eating Habits and Practices in India

Each culture has own food and eating habits. It is developed in accordance with the kinds of the recipe they have, ingredients they use and the physical structure of food. In India also, you can see a set of practices widely adopted which may or may not be different from the rest of the world.

As you might already know, just like how the westerners use forks or the Chinese use chopsticks, Indians use their hands to eat food. It is the predominant eating habit practiced in India Considering that the majority of Indians consume a lot of rice and flatbreads with gravies; the use of hands is indeed demanded while having the meal.

You might see that Indians do wash their hands before and after a meal. Even if Indians use hand tissues after a meal, they might still go to wash hands.

Well, it is a common eating habit in India and considered as a basic lesson of personal hygiene. This habit is well reasoned as Indians use hands for having meals.

This is a rare custom these days. However, if you are on a destination journey and roaming through the interiors of India, you might come across a lot of people who offer prayers either before or after having their food. It is the way of thanking almighty for providing them with a good meal.  Just close your eyes for a few seconds with them and you’re good to carve.

If you’re travelling to the south, especially in Kerala, you might come across the practice of having food on big long banana leaves. Well, the Keralite believe that it’s healthy and special. Do not worry, the leaves are safe, and it’s all eco. Why don’t you go ahead and try that too? Could be a wonderful experience you might enjoy.

Well, Indians are not well accustomed to westerns table etiquettes and manners. In India, often so many cutleries are not used. Even in the high-end restaurants, you might not receive all sets of forks and knives you might expect.  Sometimes all you might get could be one fork and a knife. If lucky, one more spoon. Do not expect your fellow Indian to follow your expectation of western etiquettes as it is not practised in India.

In Indian restaurants, parties, and even on the streets, you might see a lot of food -sharing.  Eating from the same plate, sipping from the cup or bottles is very common and well enjoyed among friends and families in India. Well, sharing is not an extreme practice here. Rather, Indians believe that sharing is caring.

Indian food habits and practices are not hard to learn or understand. While in India, if you do not want to follow those, it is totally all right. But if you would like to try eating with your hand or on a banana leaf or to share your food, you are completely welcome to join the fun.

Planing to visit India, find some of the Cheap flight tickets to your favorite destination in India