Flights from USA to India – The Growing Opportunity

The best way to migrate to the United States

Another Important method used by people to get the United States Citizenship is by taking advantage of the EB-5 Visa. The EB-5 visa is an investment by immigration program that involves people investing in the United States a certain amount of sum, directly or indirectly creating a minimum of 10 jobs. 5,00,000 $US is the figure in the case of rural areas, 1 million in the case of the urban area. The visa allows the investor to become a green card holder. After 5 years as a green card holder, the investor can become full-time US citizens.

Being an international Student is another important method of becoming citizens of the country. International Students can after their education lookout for a job that suits your education and then converts the visa into the green card after achieving the desired requisites. Once he or she receives a green card, he can eventually after achieving the desired qualification get citizenship of the United States. There could probably be other methods for achieving the green card and eventually citizenship, but these are the common methods used by most immigrants looking for American Citizenship. 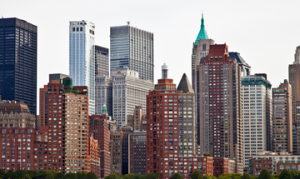 New York is one of the biggest cities in the world with a GDP of more than 1 trillion US $. The city boast a population of close to 8 million people. New York has been voted one of the best places to start an enterprise in the whole of the United States. The city is well known across the world for its high sky rises and large corporations. The city has a strong economy run by immigrants who came to this country during the course of US history. New York is the melting pot of cultures, the city is well known for its immigrant culture, every community that made the US their home has brought along with them a set of cultures, traditions and so on. These unique cultures reflected in their activities, businesses that they start, the restaurants that they have set up and so on. These fusions have created unique hybrids that have worked positively, creating a successful business and global conglomerates. 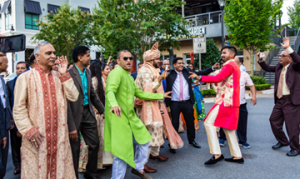 Indians are one of the largest migrant populations in the world. The Indian diaspora is spread across the world. New York has one of the largest numbers of Indians in the entire United States. Most of these Indians are frequent flyers, the first instinct of any Indian is to get airtickets at the cheapest rate. They look for options to get the best international flight deals and domestic flight USA. Some Indians try to book cheap one way flights and round trip plane tickets, depending upon the outcome that is most favorable to them. New York has three airports mainly John F. Kennedy International Airport, Newark Liberty International Airport, LaGuardia International Airport. Even though New York has three airports, Indians prefer JFK airport over the rest of the same. JFK airport offers some of the best connectivity to all major airports across the world. JFK has some of the best connectivity to tier-I and tier-II cities in India, hence the preferred choice among Indians and tourists alike.

Most Indians who live in the United States travel back to India to meet with their loved ones. Indians always look for value products, buying tickets is no exception. The cost of buying a round trip is very expensive, in fact, it takes a large portion of their travel budget. JFK offers one of the best connectivity in the business, domestic and international. JFK is one of the most famous and one of the most used airports by Indians living in New York and beyond.