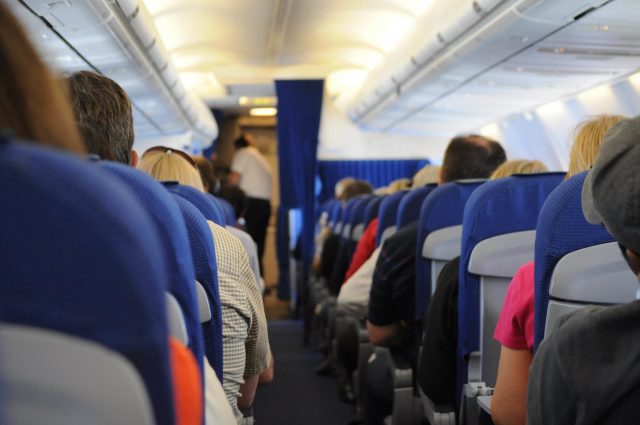 In order to ensure that the passengers on board get fresh and comfortable air in the cabin throughout is a very tough task. However, the plane manufacturers over many years of expertise have mastered this science. The planes usually fly in conditions that are inhospitable to ordinary human life. So, have you ever wondered how we are able to survive in such extreme situations with such comfort and ease! The outside temperatures may vary from -68º Fahrenheit to as low as -85º Fahrenheit. The pressure outside at the aircraft at 35,000 feet is only 3.47 pounds which four times less as compared to the ground.

The big Air planes like A380 or 737 which fly on higher altitudes manage to get fresh air for passengers and crew during the flight. The commercial jets ensure that life at 35,000 feet is reasonably comfortable. Though being relatively a subjective term comfort as a word here is more of a survival aspect. We primarily require oxygen for survival. An abundance of oxygen on board helps us survive.

A technical associate in the Boeing Commercial Airplanes Environmental Controls Systems group has explained that aircraft air systems are basically designed to keep the cabin pressure at a suitable level for humans, and at the same time they ensure that the air is breathable and the temperature is comfortable. Both of these processes are interconnected. The air that is constantly cycled through the cabin builds the pressure that we require. The airplanes work on a 50/50 share of external air, and the air is never static.

The air that is outside the plane comes in the compressors and then it gets compressed to a density which makes the oxygen safe to breathe. The process makes the air hot and hence it has to be cooled. The big chamber in which the air flows into is called a mixing manifold. There it is mixed with recirculated air from the cabin that has been through a specialised High-Efficiency Particulate Matter (HEPA) filter. This air then travels through the air ducts, where the ceiling meets the sideboard. The air then leaves the cabin through return air grills, here the cabin meets the floor. Almost half of the cabin air is dumped overboard in order to keep an undisturbed flow of air.

The rate at which the air is dumped formulates pressure in the cabin. This exchange rate of air in the cabin is higher than most other environments. The frequency of changes in the air in an hour ranges from 12 to 15 and in an hour from 25 to 30. 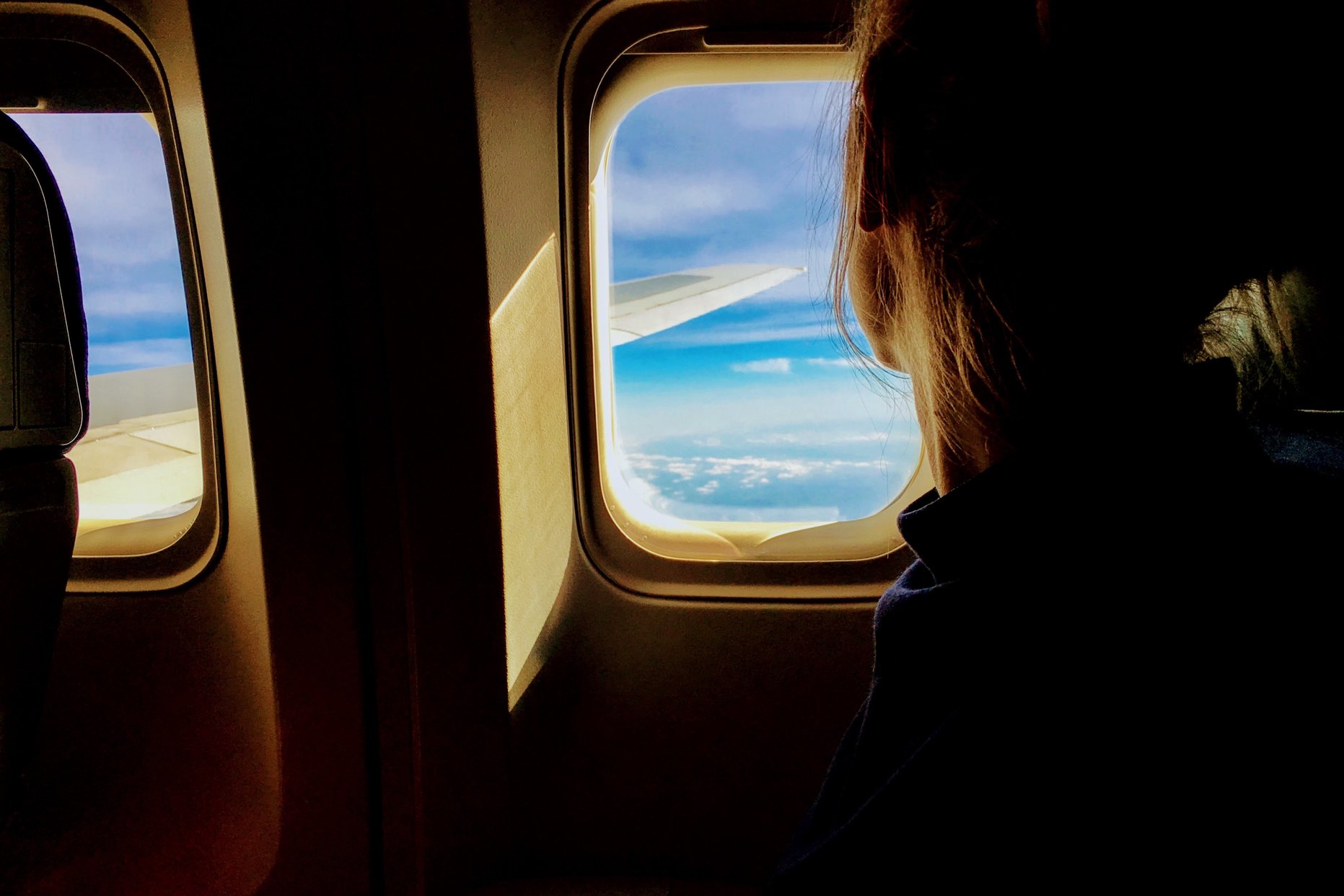 The HEPA filters that are used for cleaning the air are similar to what are used in operating rooms. They can capture minute particles, including the majority of viruses and bacteria. The air outside is mostly sterile because of the atmospheric conditions at altitude. Nowadays, the Cabin air management systems are far more equipped than they used to be before. For instance, the 787 Dreamliner. In that the pressure is lowered to equal 6,000 feet of altitude which is far more comfortable that helps in alleviating the fatigue that we face from flying.

In order to maintain a comfortable temperature, there are quite a number of factors that are managed automatically by aircraft systems. As there are a large number of people on board so the temperature and humidity are largely affected by it. As the bodies emit heat and humidity the aircraft air management system has to adjust for those factors in order to stabilise the internal temperatures. The outside factors, like the amount of light in the cabin, that the aircraft was parked in the sun before take-off, also affecting the initial cabin air temperature.

The flight crew calibrate the aircraft for the number of passengers that are on board. The crew ensures that the air management system can precisely calculate the temperature requirements for each zone.  Pilots also control these systems in-flight however they are not always able to do that. It’s because changing the temperature setting could make some on board less comfortable. Hence, it is the general practice that the cabin air management systems are programmed to naturally balance cabin air temperature.

The ‘breathable’ air is in short supply at the altitude where most commercial planes operate.  The availability of air itself at such an altitude itself is quite big an issue, and availability of breathable air is too much that we are asking for. However, the airplanes these days help us in surviving as they provide us with fresh breathable air at such high altitudes. The pressure of oxygen in that air is too low to be inhaled directly by humans. 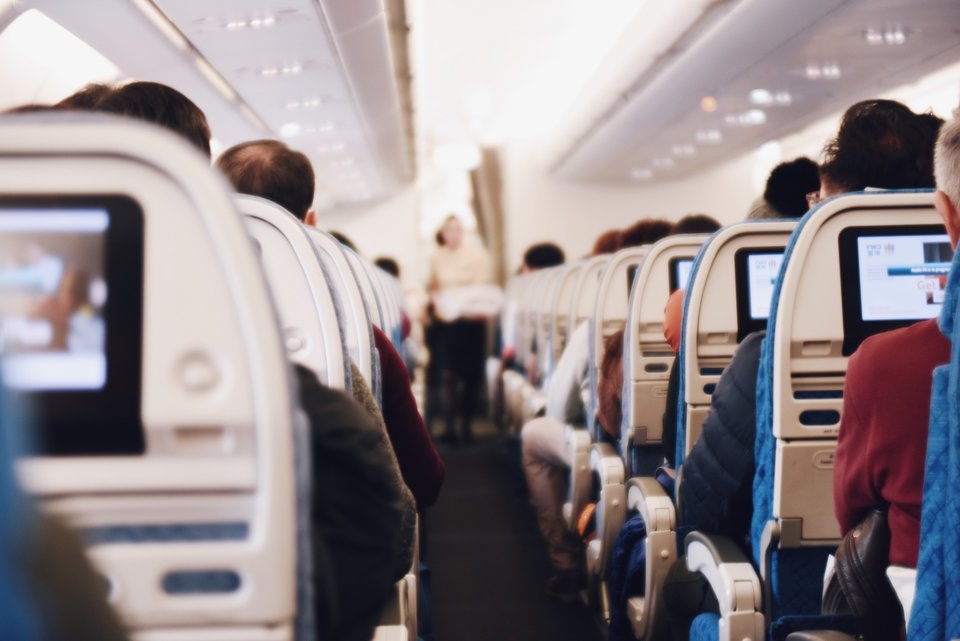 The commercial jets use the idea of ‘bleeding’ hot compressed air from inside the jets and then they pass it through a set of machines to be processed and they are finally passed through a set of machines and then that is passed finally into the passenger cabin. When the plane flies the fast rotating air is compressed as it passes through the layers of the fan blades that are inside the turbine engines. Then, at the compressor stage, a portion of the hot air is ‘bled off’ from within the turbine.  Hence the air that is generated at this point is also known as bleed air. This bleed air is extremely hot and the temperatures generally range in hundred degrees of Fahrenheit, so the prerequisite is that the air is first cooled. The hot bleed air is first allowed to cool and then it expands and is then passed through a heat exchanger so that it cools to a cosy temperature. The cool and filtered air is then dispersed in the passenger cabin at an optimum pressure that the humans can comfortably breathe in. We have an outflow valve that is usually located at the rear of the cabin area which ensures that the ‘used’ air is properly vented out of the airplane which regulates the quality of air that has to be maintained inside the cabin. Now you see that the jet turbine at the rear sides of the plane has a lot more purpose to serve! The two jet turbine engines that you find on either side of the plane not only keeps the plane balanced by providing forward thrust, but also helps in maintaining an equilibrium cabin air pressure so that we stay in a comfortable throughout the duration of our flight.

These systems are designed to deal with the unique challenges that planes might encounter. We also find more often that the flight attendants constantly keep moving the carts back and forth to raise the body temperatures of individuals on a flight who generally have a low metabolic rate. As they tend to feel cold. For adjusting these extremes air blows through the aisles first, giving flight attendants cooler air and at the same time avoiding a draft across the cabin and hence keeping passengers comfortable.

Certain individuals may be more prone to feeling warm or cold. The air which comes through the overhead vents is same as the purified air that is distributed throughout the rest of the plane. These vents are mini fans which ensures that every passenger has a pleasant flight.

If you are looking to buy Cheap International Flights call us to get unpublished fares.