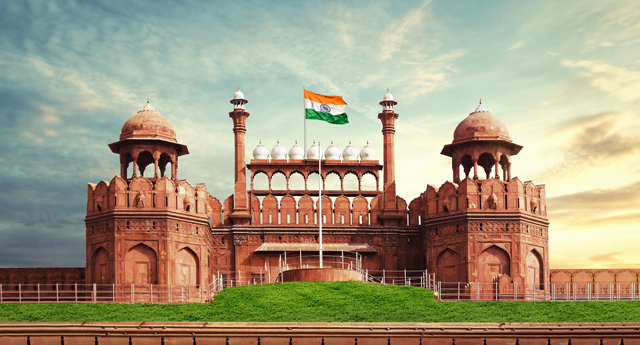 Places to Visit in India: A country with infinite pieces of beauty

India is the world’s largest democracy. India is home to about 1.3 billion people. India is home to one of the oldest civilizations in the world, the Indus Valley civilization. India is one of the most diverse countries in the world. Four Major religions have originated in the country. The country was formed by combining more than 2000 small and medium kingdoms. The people of the country to a large extent still follow customs and traditions that have been passed on to them from one generation to another, most of these traditions date back to 1000’s of years. There are infinite places and sites in India that attract a large number of domestic and international tourists. Some of the most beautiful places in India include cities like: 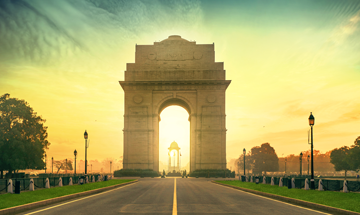 Delhi is the diplomatic capital of India. The city is naturally the largest in the country with a population of over 19 million. Delhi is one of the oldest capital in the world. The city is filled with a lot of old monuments that describe the culture and traditions of the people who have inhabited the land throughout history. Delhi is a melting pot of cultures, it has people from all over the world traveling into the city for recreation, tourism, business and so on. The city is naturally one of the largest in the world with a GDP of $110 billion. Delhi has one of the largest middle-class populations in the country with some of the highest purchasing power in the country. The city of New Delhi and its diverse architecture and people easily make it one of the most beautiful places in India.

Some of the must see places in Delhi include sites like the parliament building, Rashtrapati Bhavan(the home of the President of the Republic of India), Red Fort, India Gate, Humayun Tomb, Lotus temple, Akshardham and so on.

The city is filled with a wide variety of delicious food. There are street vendors who are selling a wide variety of delicacies to customers at affordable rates. Karol Bagh Market is one of the most famous markets in Delhi, large crowds flock to Delhi’s shopping streets to buy goods at affordable rates. Indira Gandhi International Airport is the airport that serves the people of Delhi. The airport is naturally one of the busiest airports in the world. Delhi is one of the most urbanized areas in India with towering buildings and other infrastructures that can compete with any world cities.

Fatehpur Sikri is one of the oldest cities in the country. It was founded by Mughals in 1569. The city lies west to Agra. The old red stoned buildings built during the Mughal era are the crown piece of the city. People from across the world come and visit this beautiful city to get inspired and fall in love with the beautiful monuments of Fatehpur Sikri. The city is famous for its delicious Muslim cuisine that is naturally inspired by Mughalian cuisine. The city has been rated by both foreign and domestic tourists as one of the best places to visit in India.

Some of the most beautiful monuments in Fatehpur Sikri includes sites like Buland Darwaza, Diwan i Khas, Jodha Bai Palace, Tomb of Salim Chisti, Panch Mahal and so on. While walking through the city you will have a chance to experience the old way of living. The beautiful old narrow streets called “galies” give you a true picture of the life during the Mughal rules and pre-independent British era. If you are in India Fatehpur Sikri is a must see place in India.

Agra is home to one of the seven wonders of the world, yes you guessed it the Taj Mahal. Taj Mahal is considered one of the most beautiful monuments in the world. Agra a beautiful old city in the state of Uttar Pradesh is well known for its traditional industries and food. Most foreigners who are looking to travel to Agra come through Indira Gandhi International Airport in Delhi. From the airport tourist usually take a taxi ride to the city of Agra. Agra has been from the very olden years buzzing with tourists both national and international. The driving force for the same is naturally the Taj Mahal. Agra Petha is one of the most famous dishes originated in this geography. The old city of Agra brings back memories of the beautiful past, this alone has helped Agra to be part of the best places to visit in India list.

Bangalore is also known as the garden city for its beautiful gardens. Bangalore has a very comfortable climate, the city has always ranked as one of the best cities in the country in terms of standard of living. The city is a melting pot of cultures, a city that attracts not just Indians from across the country but the expat population as well.

Some of the most popular destinations in Bangalore include sites like Lalbagh Botanical Garden, Bangalore Palace, Cubbon Park, Bannerghatta Biological Park, Dodda Alada Mara and so on. The city is very friendly, cosmopolitan, most of Indian IT and Tech and electronic startups take shape in Bangalore.

Jaipur is the capital of Rajasthan, Rajasthan is one of the most tourists visited states in the country. The state is one of the very few places in India occupied by the desert. Jaipur is called the pink city. The story of how Jaipur got the title the pink city goes like this, The Maharaja Ram Singh of Jaipur asked its people to color the entire city with pink honoring the Prince of Wales and Queen Victoria’s visit to the kingdom in 1876. The pink colour was chosen as it represents hospitality. Lord Albert who was part of the delegation was mesmerized by the beauty of the city, he exclaimed Jaipur as the “Pink City”, hence the name.

Jaipur is one of the richest cities in the world in terms of culture, traditions and the way of living. Jaipur attracts one of the largest numbers of tourists in the country, both domestic as well as international. Jaipur is home to a large number of palaces and forts pristinely maintained with lavish splashes of bright colours. Jaipur is undoubtedly one of the most beautiful places to visit in India.

The state of Rajasthan is world famous for its large number of palaces and forts. The state was ruled in most parts of their history by Rajputs and the entire state was divided into multiple kingdoms which had ties to each other by way of marriage. These kings were considered some of the richest at that time.

Some of the must see places in Jaipur include sites like the Amber Palace, Hawa Mahal, City Palace Jaipur, Jal Mahal, Birla Temple, Albert Hall Museum, and so on. The list of all the beautiful places in Jaipur alone is a non exhaustive one. While in Jaipur do not forget to try the local cuisine. It is very delicious, do keep in mind it is a bit spicy. 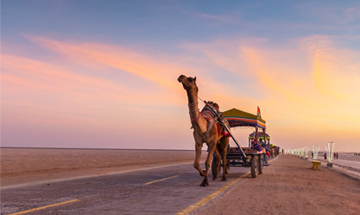 Rann of Kutch is one of the largest salt deserts in the world. With an area spanning 7500 km square, the beauty of the scenery is beyond words. The best time to visit Rann of Kutch is during the winter seasons, it is this time that the government initiates various programs for tourists under the name Rann Utsav. Experiencing the beauty of Rann of Kutch during the winter season from November to February is a must if you are planning an Indian trip. The Rann Utsav will give you an opportunity to buy many handicrafts and other beautiful products at highly affordable rates.

If you are planning to visit Rann of Kutch, you could find frequent flights to Ahmedabad or take a connection flight to Delhi international airport from which there are plenty of flights to Ahmadabad. From Ahmadabad, one can take a train to Bhuj, a short journey of 5 hours 30 minutes. From Bhuj, you could easily take a cab to Rann of Kutch. The journey itself, in my opinion, is an experience in itself. Most people who visited Rann of Kutch came back again to visit the beauty of the place.

Traveling to India from USA

USA and India enjoy high quality connectivity. Cheap flight booking online sets help people from the United States to travel to other India with limited resources. In case of one way plane tickets or round trip flights the best fares are available on the bases of the routes taken by the airline and the type of operation. Low cost airlines as the name suggest provide some of the cheapest fares connecting the two countries. Traveling from USA to India has just got easier.

India is a country with many wonders. India is home to one of the largest diversities in the world. These diversities are considered the strength of the country. India is home to some of the oldest and beautiful monuments in the world. The country is naturally one of the largest crowd pullers in terms of the number of international tourist arrivals. India is rich in scenic beauty and biodiversity. Cheap flight tickets to India also helps the decision making process. There is no other country like India, incredible India!. 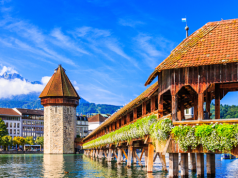